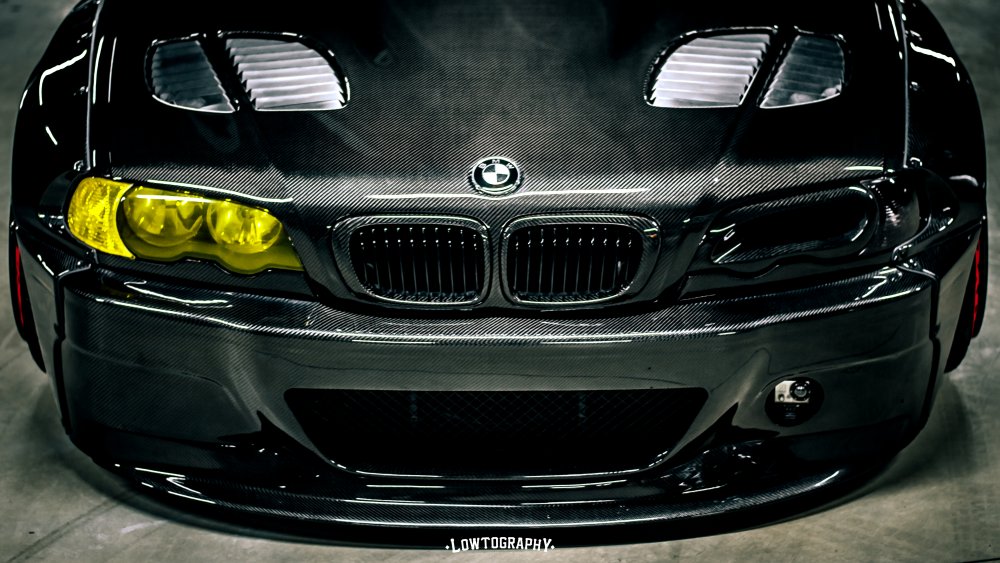 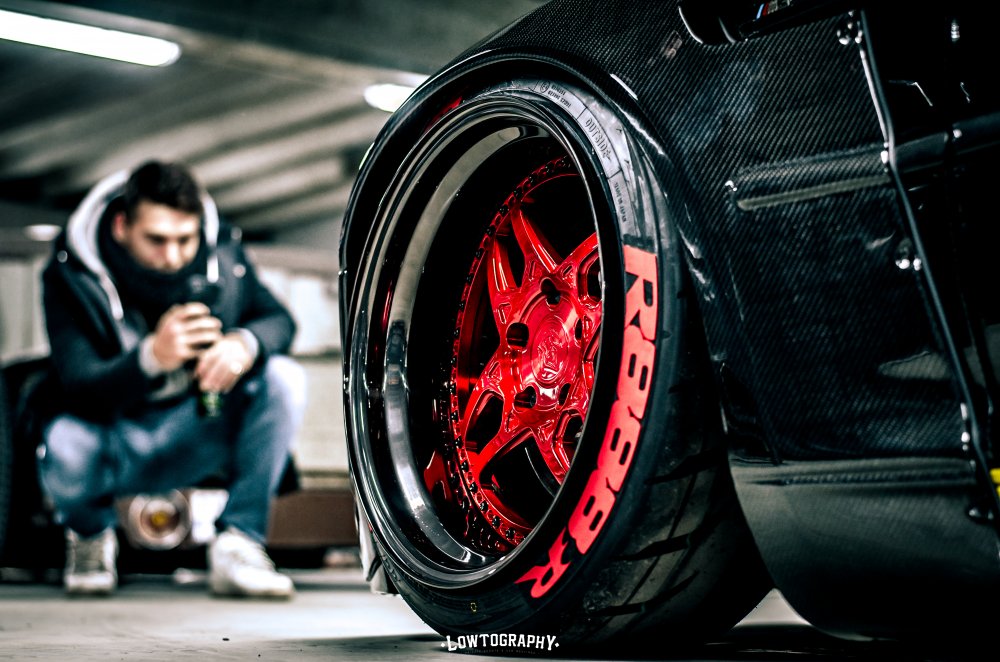 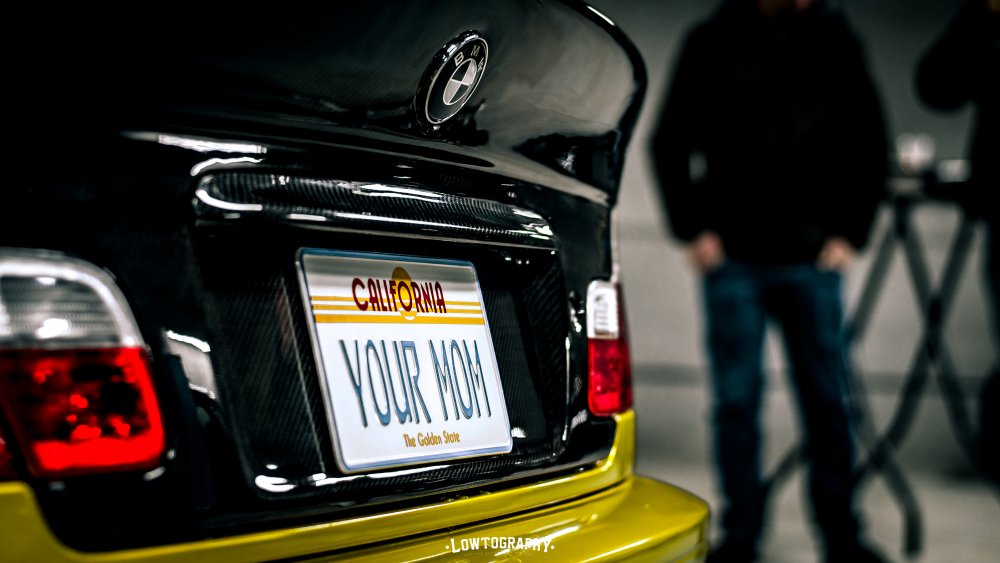 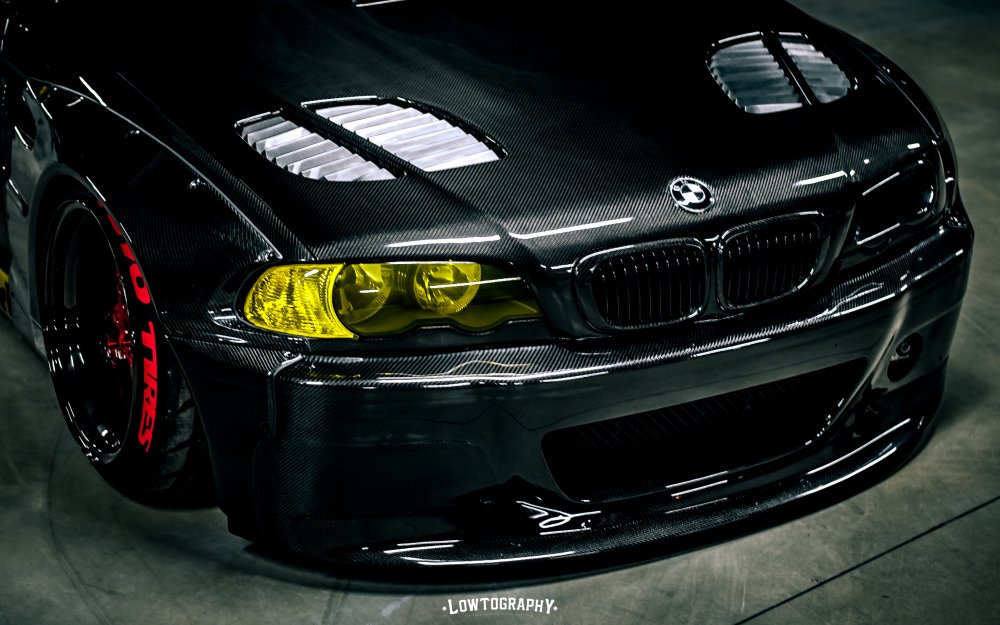 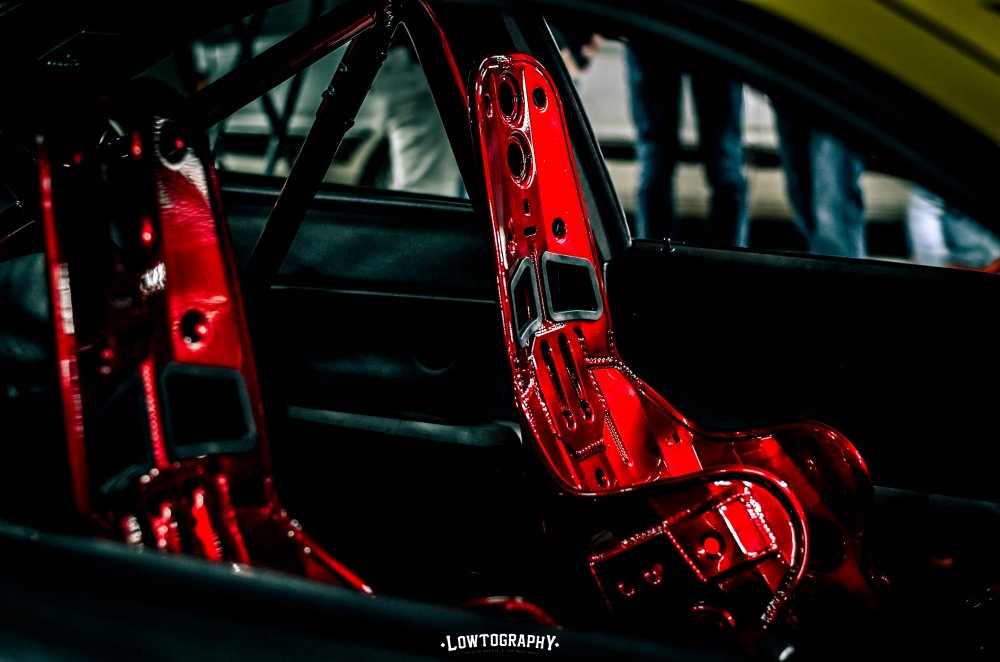 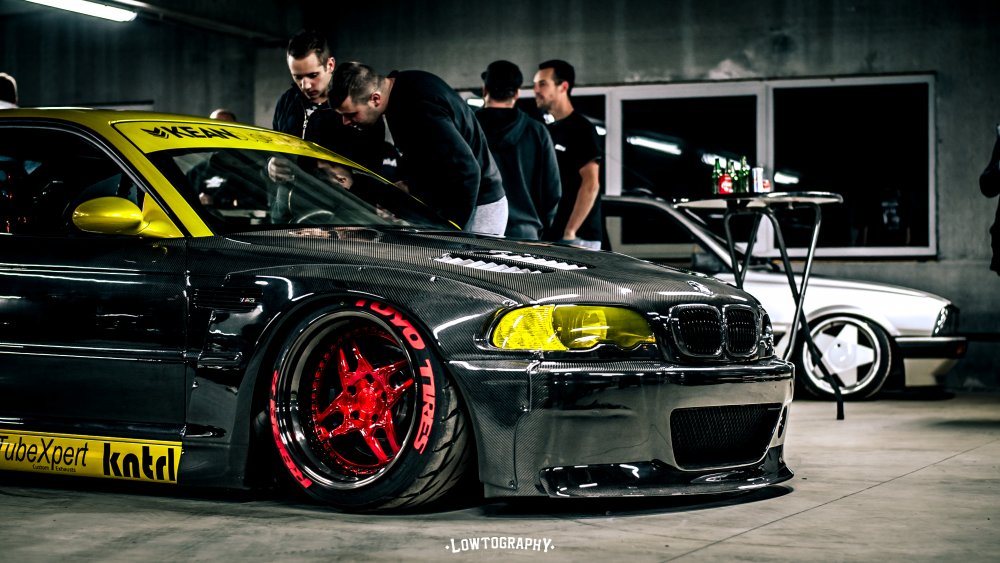 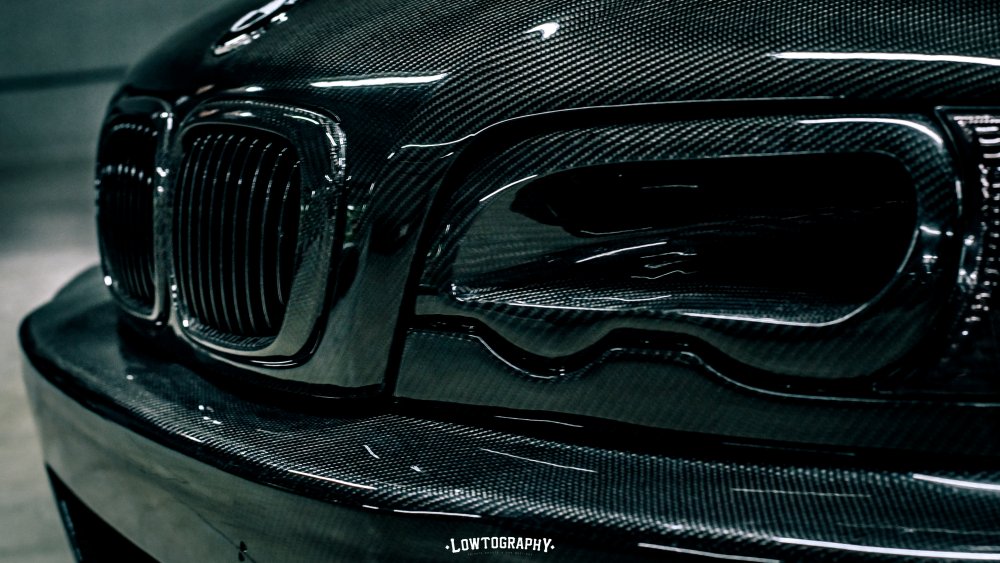 Behold our BMW M3, which we build last year to show the world what KEAN Suspensions is capable of.
It started as a plain BMW M3 but we already had a plan in our head. It had to be bonkers.
We dropped it with our KEAN performance struts and the airride is controlled by KNTRL.
We decided to go for a wheel nobody would choose, a 4-spoke. The VIP modular VLS450 in Candy Red looks killer on it. Perfected with Toyo tires Proxes R888R and Tredwear tire letters.

Bodyworks then, we installed a Rocket bunny kit but found it to simple so we decided to put the whole front in carbon fibre.
And yes even the front Rocket bunny fenders. We just custom made a lot of carbon parts for this build, even the left light became an air intake in carbon.
It then was wrapped in Phoenix yellow by Wrapjunkies. She also got an new exhaust from exault. Believe me she's a screamer.

In the interior we placed Kirkey racing seats & a wiechers rollcage in Candy red. Also a hydraulic handbrake for sideway funs.
If you want this build, she is FOR SALE.